Duncan town on Ragged Island in the Jumentos islands of the Bahamas is a toehold of a community at the end of a long string of small uninhabited Bahamian islands. Its closer to Cuba than other Bahamian civilization. They say these islands are so remote that boaters should not go there unless they are truly self-sufficient and able to make any needed repairs themselves. So, in other words, it sounded perfect to us. We shot over from Great Inagua to the west, another remote island with a small population hanging on. However, when we got to Duncan town, it made Matthew Town on Inagua seem like a great metropolis by comparison. Duncan town consists of several sleepy streets with far more goats wandering around than people.

Hello, is there anybody out there

The locals living here are supplied by the mail boat that comes once a week, bringing mail but also all the other supplies that are needed to survive. So there is generally no surplus for cruisers and reports were that the small grocery in the town rarely had anything extra to sell. When we asked a local man flying a kite (why not?) where the store was, we experienced the true generosity of the Bahamian people.

The kite man asked us what we needed and we told him: eggs, lettuce, tomato, anything fresh since we hadn’t shopped since we left Puerto Rico 2 weeks earlier. He ran inside his little house where we thought he was going to call the store owner to see if she had anything, but a few minutes later emerged with a bag containing a dozen eggs, a head of lettuce and a few tomatoes. We were astounded that he would part with his own precious supplies but even more stunned when he refused any payment for them. We could not accept that and when we found out he was the schoolmaster of the island, we insisted on making a small donation for school supplies to acknowledge his generosity.

Duncan Town K-12 has all of 8 students

We left him to go back to his kite and wandered back to the boat marveling at the spirit of the people of the Bahamas who maintain their grace despite an always-harsh existence plagued by hurricanes, crushing heat, sparse water supplies, high prices and little opportunity for advancement. We can all learn something from the character that is ingrained in these people.

We moved on from Ragged Island and started making our way north up through the island chain back to civilization. Imagine one perfect little tropical island after another, each with gin clear water, white sandy beaches backed by palm trees and mangroves, without any sign of recent human activity. 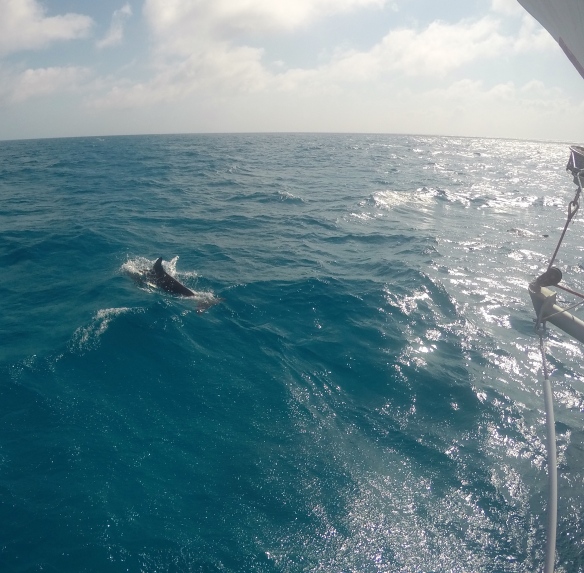 This is an area ruled by goats, sharks, turtles, sting rays and more fish than you can count. It is not fished out like the rest of the Bahamas.

Neko only boat for miles

Cruisers leave their mark at this “yacht club”

Barry the Barracuda joined us for a snorkel 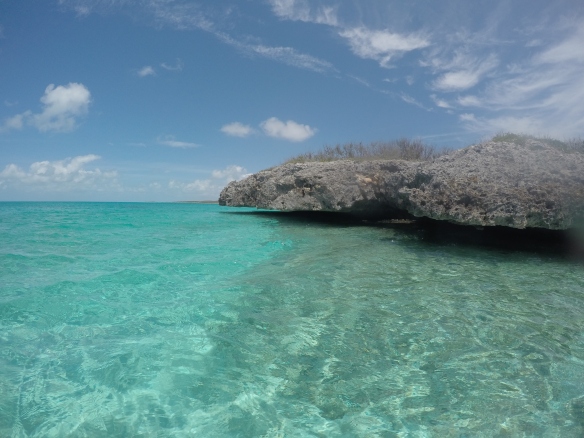 This late in the season you can have your pick of islands to yourself. If one other boat is too much company for you, just pick up anchor and move to the next one. But keep an eye on the weather because there is not much protection out here. After a couple weeks we were down to eating canned food and pasta, so it was time to get back to human civilization.

So we made it back to Long Island, no not THAT Long Island – there’s another one in the Bahamas. Sadly this one is still recovering from direct hits from recent hurricanes.  But they have great spirit and keep plugging along.

You quickly realize the far islands of the Bahamas are the forgotten step children to Papa Nassau and get more support from one another and foreign countries than their own government.  It’s a sad state of affairs, but we are all up to our eyeballs in politics, so let’s move on.   Salt Pond is a cheerful little place where everyone knows each other. The owner of the car rental place was off on another island so someone put us in touch with old Mr. Pinders, a farmer with a spare car he rented to us. Its that kind of place.

We used his car to check out the blue hole – one of the deepest blue holes yet discovered, it descends to over 600 feet just off the beach. Its a round hole in the sand that goes down into the blue depths. We just happened to be there at the time when the world’s top free divers were there practicing for an upcoming meet. It was a strange scene for a top sporting event – very quiet as these athletes get into a zen-like state before diving for minutes at a time on a single breath. This competition aimed at the deepest dive, and the holder of the world record, a Russian who dove deeper than 400 feet, was there scoping out the location. On a casual dive, we heard the coach tick off 4+ minutes during which he dove down 300 feet and back up again.

You can see why they call it the Blue Hole 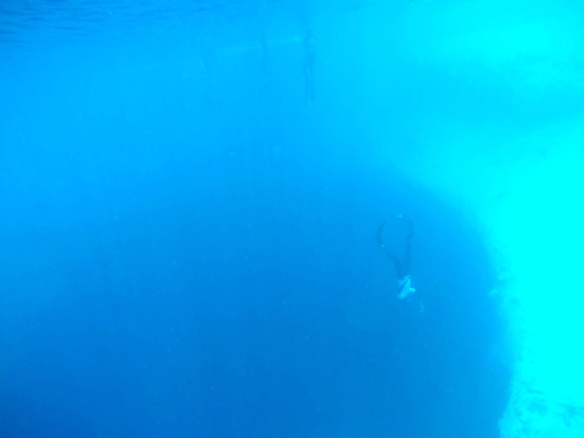 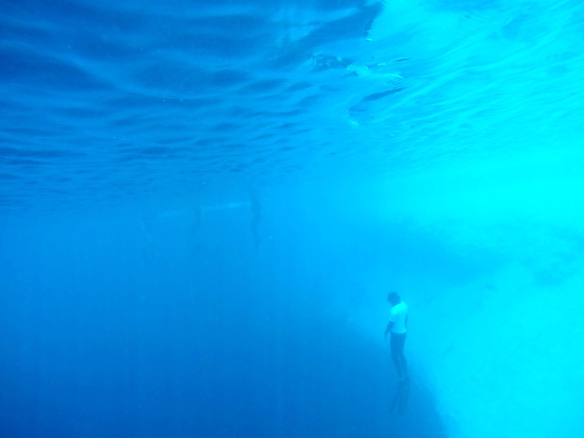 After that, a crawl through an ancient cave used by the Lucayan indians in 500AD didn’t seem so brave.  But the Hamilton caves have been in Leonard Cartwright’s family for generations and were used by locals for hurricane protection before the local schools were built strong enough to withstand the massive storms that so often ravage these islands.

Mr. Cartwright showed us through the largest cave system in the Bahamas complete with indian graffiti, 3 species of bats and stalagmites and stalactites that had taken thousands of years to build. An amazing geological artifact that he is rightly proud to curate.

Mr Cartwright showing us the way

stalactites grow from the top down

stalagmites grow from the ground up 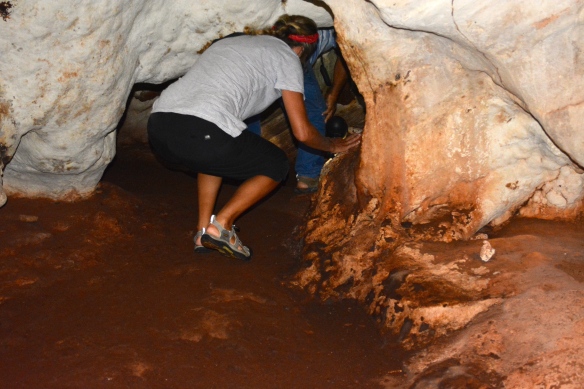 Thanks Pete for this lovely shot 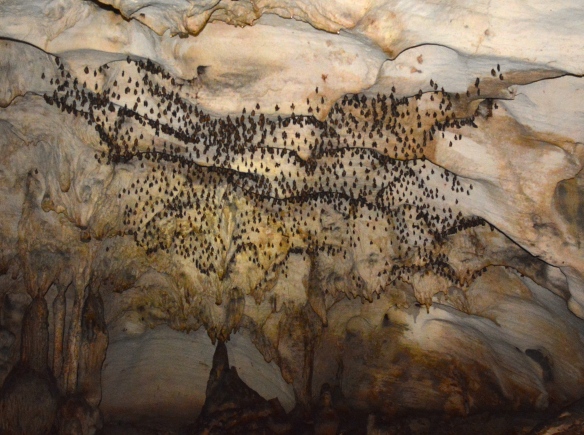 The Bahamas has many, many islands that are not touched by tourism and too remote for casual visitors, yet they are beautiful and populated by generous and happy people. It was our privilege to pass through them.