I’ve heard stories about Colombia all my life. Not the drug riddled danger zone of the 80’s & 90’s, but tales of living in a foreign land from my grandparents and aunt Lynn who lived there from 1959-1965. 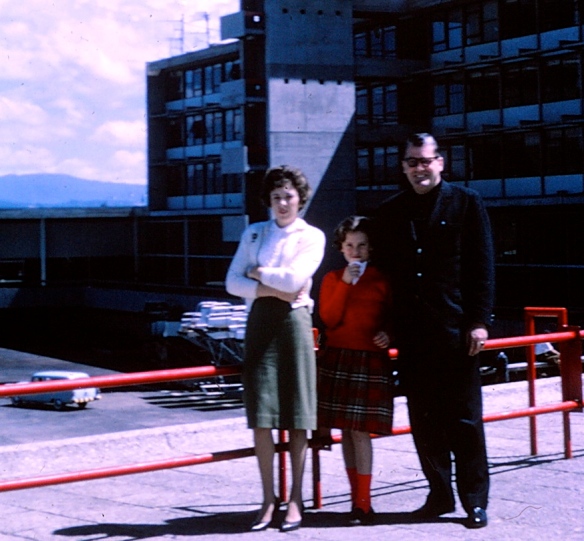 My mom, aunt Lynn and Johnny Cash…um… I mean my grandfather… in Bogotá 1959

My grandfather was a manager at Owens Illinois Glass Company and went first to Bogotá and then to Medellín to build glass plants.   He was a captivating storyteller and would have us all in stitches about the crazy characters at work and their resourceful ways to fix almost anything.  I remember his story of the time he foiled the plan of a robber trying to steal their washing machine by hoisting it over their outer wall with a getaway cab waiting.  I lament that my grandfather isn’t alive to hear about our adventures on Neko, he would have loved it.   I find myself thinking about my grandparents a lot during our cruising and now relate to the obstacles they faced living in a foreign land.  Living in 1960’s Colombia without internet and with revolution always looming was definitely a greater hardship than traveling by sailboat with modern technology, but there are many similarities.   I remember my grandmother telling me how shopping for groceries became a whole day’s adventure and how she had to wash all the vegetables with bleach (Been there, done that).   And how she got by with only rudimentary Spanish thanks to the kindness and patience of the Colombian folks (hmmm…sounds familiar). They tried new foods, made new friends and turned what sometimes were difficult and frustrating times into positive lifelong memories. I cherish that example they set for me and I try to remember their great attitudes when we struggle with bureaucratic red tape, language barriers and improvised boat repairs.

My aunt, mom, family friends and grandmother up on Monserrate, 1959   Note everyone in skirts and dresses because it was forbidden for ladies to wear pants.

56 years later, Peter and I enjoying the same view up on Monserrate, 10,000 feet above sea level (note the outerwear – our thin blood was not ready for this cold).

One of our objectives all along was to get to Colombia to honor their pioneering spirit. So as Peter and I found extra time during the rainy season, we decided to hop a plane to Bogotá.  Although it’s 50+ years from when my grandparents lived there, it was fun to see some of the things I had heard about. With great guidance from my Aunt Lynn and my Mom (who didn’t live there but visited enough to remember details), we set out to see what was still there and what had changed. 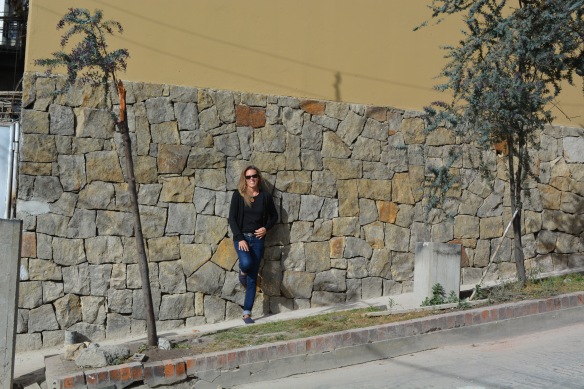 Their house is no longer there, but it seems they have kept the stone retaining walls 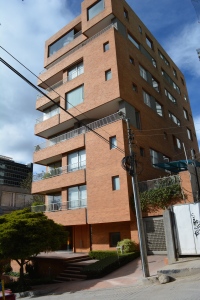 This is the spot where their house stood.

Sadly the house they lived in was torn down and replaced by a swank apartment building, but It does seem that the old stone retaining wall remains.  Peter and I had fun playing detective and finding their old, but much-changed neighborhood. I was hoping to see some 80 year old woman walking down the street who would have remembered them, but my life is not a movie, so off we went to explore the rest of of the city.   And what a vibrant city it is.

As always, click on a picture in the gallery below to rotate through the images.

Primary Cathedral of Bogotá in the Plaza de Bolívar 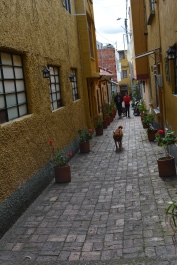 Troubadours literally in the streets 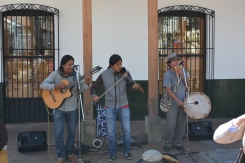 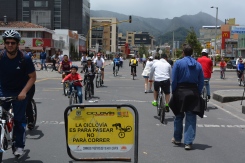 Ciclovía, streets are closed to car traffic on Sundays so folks can bike, skate, jog through the streets 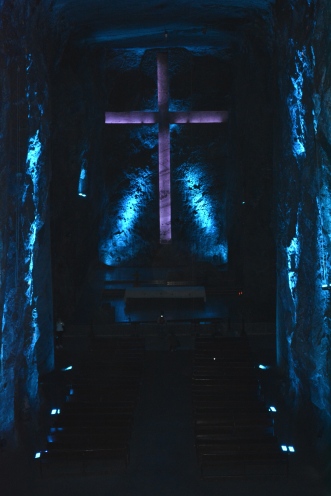 Salt Cathedral of Zipaquirá. is a massive underground Catholic cathedral built within the tunnels of a salt mine 200 meters underground

Salt in the salt mine 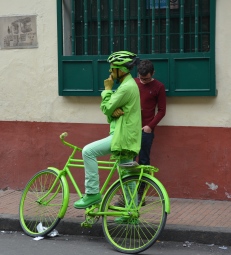 Enjoying a breezy day up on Monserrate

Gabriel Garcia Marquez has a huge presence in Bogotá

walking around the hilly streets of Bogotá

¿dónde está la biblioteca? The Luis Angel Arango library is known as one of the most important libraries in Latin America. It is also a cultural center . 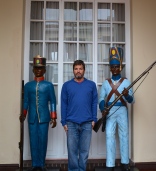 Classing it up at the Museo Botero

Take your complaints and violations here 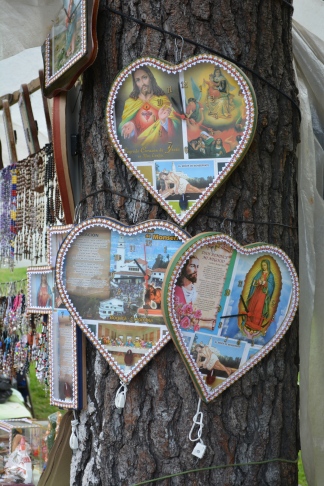 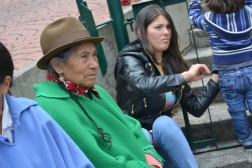 Lady from the Andes mountains

cafe tinto, a weaker version of espresso, but it does the trick 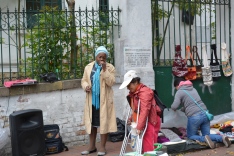 This singer was fantastic

Juan Valdez is alive and well. Folks were up in arms because the first Starbucks had just opened in Colombia. 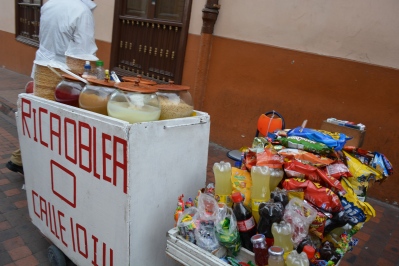 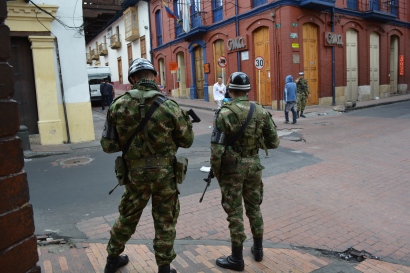 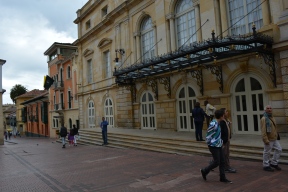