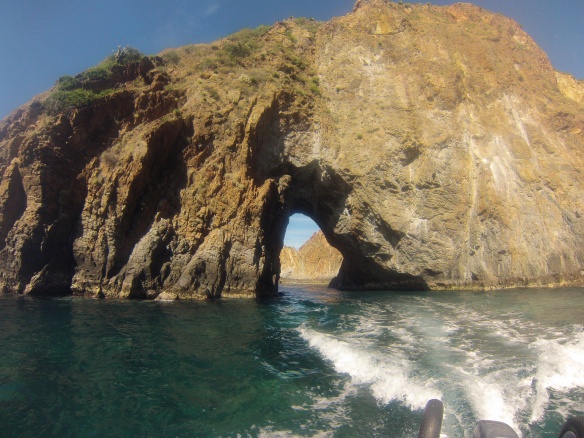 We stopped for a few days in the isolated anchorage of Ensenda Carrizal, just a few miles north of Manzanillo where we heard the snorkeling was good.   A lot of the guide books proclaim places as “a snorkeler’s paradise” but often are far from it.

San Luciano ship wreck poking out of the water. 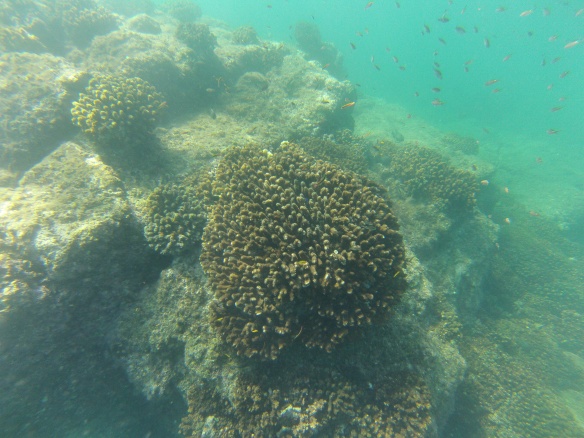 If the water is murky and you can’t see 2 feet in front of your face, who cares how many fish are there.   Sadly this was our experience at a site close by in Bahía Santiago where the cargo ship “San Luciano” sank during a hurricane in 1958 and is now an artificial reef.  Although it was interesting to see the top of the 300ft. ship sticking up out of the water, under the hazy waters, we saw nada .  But Carrizal certainly made up for that.  I don’t think I’ve ever seen as much live coral in one place and it was reassuring to know that there are still thriving coral reefs in this world. 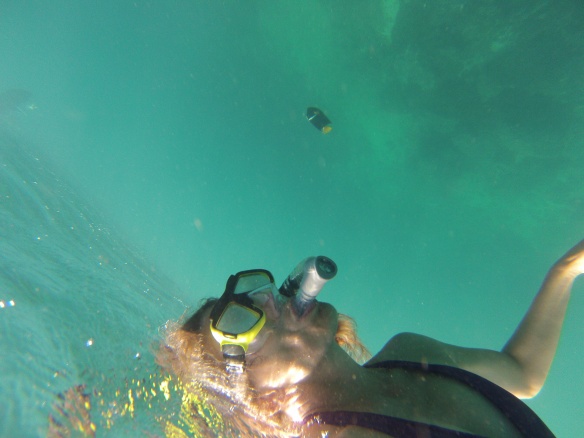 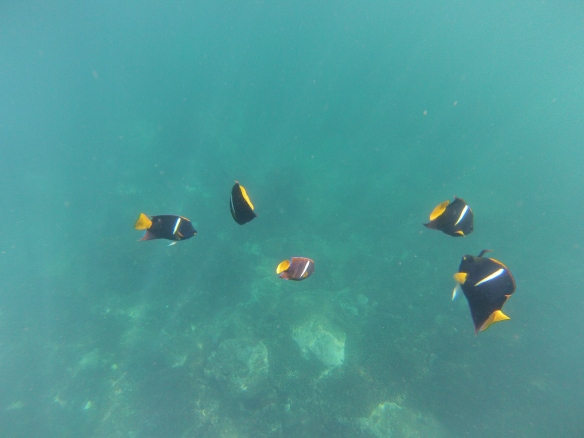 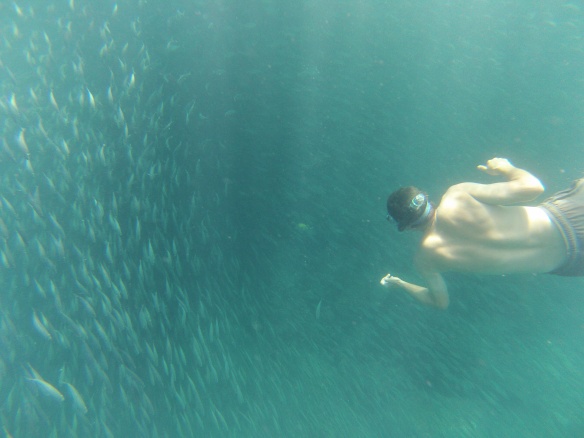 “Kia Ora” was the only other boat in the anchorage and one morning Ken and Julie came by to introduce themselves and told us to jump in our dinghy and follow them to some rock caves they had discovered on a previous visit. 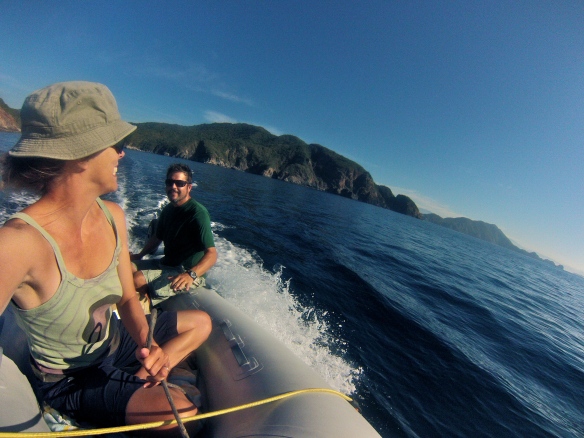 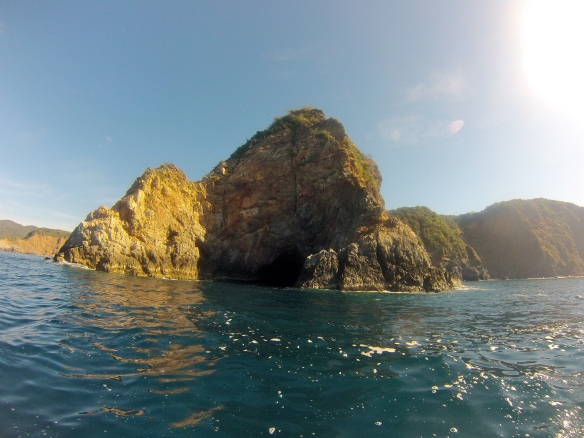 So off we went around the bend thinking we’d see a cool rock arch (which we did) we could zip through, but to our delight (ok and yes, my hesitation) they lead us to a real cave about a 100 yards long.   It was absolutely beautiful and our own little Pirates of the Caribbean ride sans mechanical pirates and the “yo ho ho” song.   The first time through was a little unnerving as you weren’t sure if the surge was going to push you against the wall, or we’d hit a precarious little rock or my shrill screams would deafen Peter, but alas, we survived and round and round we went back through again and again, no E-ticket needed.   click here see video (ok, I’ll admit after watching the video it doesn’t look that scarey -LOL)

Also in Carrizal is a little fishing shack floating on a raft like contraption.  All a quaint little scene until I heard the bark of a dog. 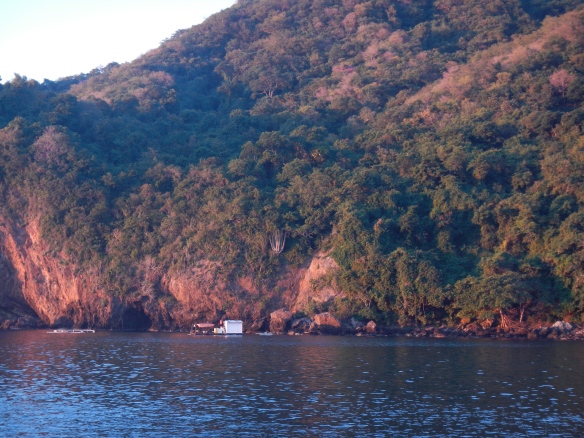 So of course I grab the binoculars and sure enough their are two young dogs on the platform portion of the raft and no fisherman in sight. The next day still no fisherman.  I know they are there to do a job and guard this area, but it was hot and god knows when they were fed last.   So, not being able to stand it any more, we take a big bowl of water with ice cubes and a few scoops of Lucy’s food and head off to the raft.

Initially, the dogs go bananas barking at us as we get closer, but as soon as we pull up next to their raft they slink behind a barrel (some guard dogs).   We leave the food and water and as we drift away, slowly we see them inch forward and gobble it up.    We made another trip over there the next day to do the same, this time leaving a lot more water for the poor pups.   Fellow boaters/animal lovers, if you are in this anchorage and see them and no sign of the fisherman, please drop off at least a bowl of water for them.

To see the photos larger, just click on them!!!