We are in the UK taking a break from the boat (and the heat) in Grenada.  We will be here for about 3 months and to make it affordable we are house/pet sitting for people who are away on vacation.  It is a wonderful way to experience a country, allowing the spirit of the place to seep in and avoiding the pressure to be on the tourist superhighway – which, in our experience leads to museum fatigue, information overload and the occasional argument with Google maps and each other.

High in the sky 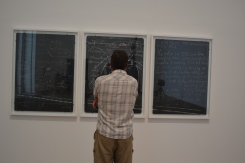 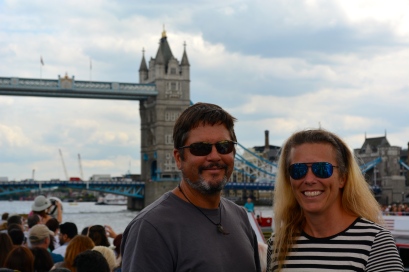 London Bridge is falling down 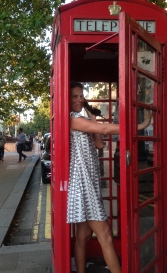 Clock Tower (only the bell is “Big Ben”) 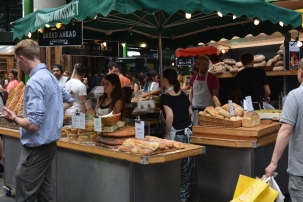 I just had to… 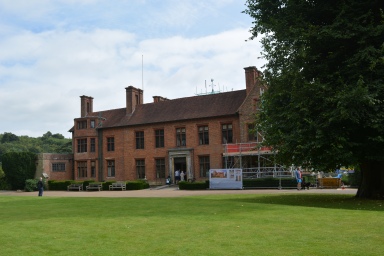 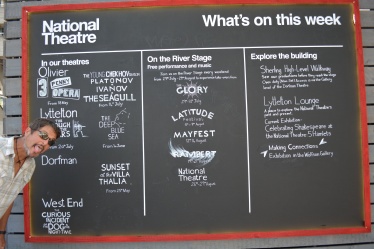 After a few days in London, our first gig was for a charming couple in rural Hampshire.  Living in a lovely old country home and taking care of two sweet old cocker spaniels was a glorious way to start. Funny thing was they went Greece to have a sailing vacation, so we felt as though we had switched lives for a week.

We especially like England’s tradition of public footpaths, byways and bridleways, which preserve the public’s right of access across private lands, complete with stiles to allow human and dog to get over fences without letting livestock escape.  Wish we had such paths in the US. 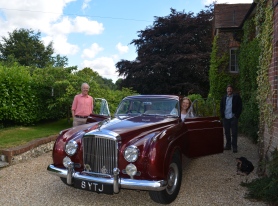 Not an UBER. Our hosts take us to the train in style. 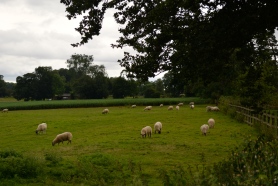 And how the dogs get through the fence. 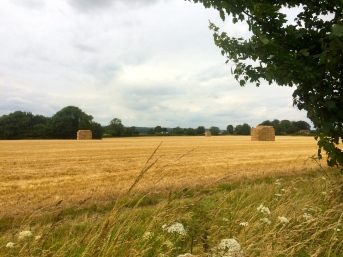 They seem to grow a lot of hay in the UK.

How humans go over the fence that crosses a footpath

Pip and Delphi take Mary for a walk.

After Hampshire, we were off to a charming village in Buckinghamshire and then back for more city life in London. 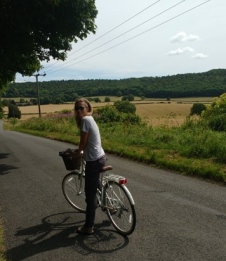 Peddling through the Chilterns 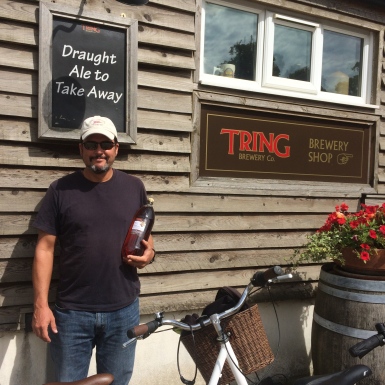 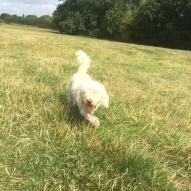 Darling Maddie showing us the way. 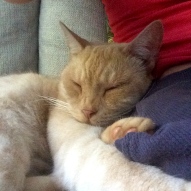 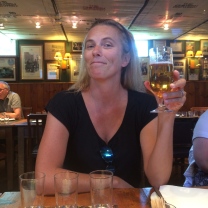 This country loves their ales. 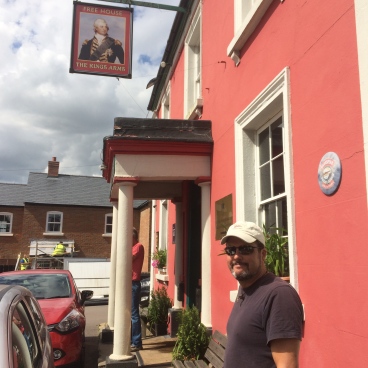 Anyway, just a short note to let y’all know what we are up to. Cheerio for now.